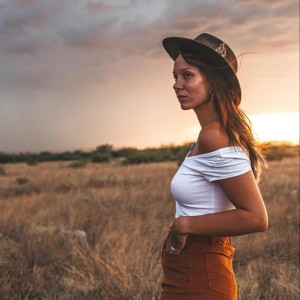 CJ and I are total and complete opposites, and yet, the same in so many ways.

I grew up in the middle of nowhere on 40 acres, with a seasonal creek flowing through our land. my days were spent running around barefoot, digging into mud, climbing trees with no one my age around for at least 10 miles. I imagined entire universes that existed on our property, dubbing myself a princess, or a great warrior of the realm, or both depending on the day.

he grew up in an adorable little suburb outside of a big city, his childhood was filled with the lingering smell of fresh cut grass, play dates with his friends at the local park, diving into fall leaves or planting new seeds in the flower bed in his backyard. he loved to build things, creating universes of his own out of blocks and toys on his living room floor.

english and drama were my favorite subjects in school. I grew up with a love for language, the ability to express myself uniquely and precisely. I dreamed of delivering powerful speeches in vast auditoriums. or writing a novel. perhaps moving to LA and becoming an actress- still being cast in movies despite the scar on her face. or even better, a director who can create movies that empower little girls to become whoever they want to be. at one point I wanted to be the first female to play for the arizona diamondbacks. I wanted to change things; challenge the status quo.

CJ found his passion for school in his math and science classes. he never passed up an opportunity to ask why or how something worked. a constant wheel turning in his head, calculating, trying to understand not only what made something work, but how he could replicate it. his dreams were to be an astronaut, or maybe an architect. as he got older his dreams morphed into becoming an engineer, and he fell in love with renewable energy. he wanted to build a whole new world.

we both excelled at athletics, falling in love with being on a team, remaining loyal and working our asses off for that team through thick and thin. we loved competing, and pushing ourselves and those around us to be the best versions of themselves.

when we met, we were just kids, fresh out of high school, I was 17, he was 19. since then, i’ve watched our dreams start, intertwine, grow, and dynamically evolve together. i’ve watched him mature and flourish for 7.5 years now. into a man his younger self would be completely, utterly stoked to become.

at night, we lay in bed in our tiny home on wheels and talk about what lies ahead. the land we want to buy, what we want to create.

he draws diagrams describing how we can build something to help more and more people, I scribble notes in my journal about the different avenues we can take to create the most impact.

he describes exactly how we will build our first house to be fully sustainable. the design of the architecture. he could probably draw up a blue print right now if i asked him to. he’s worked out how we will grow and farm our own food. if you ask him he will very enthusiastically share it all with you in a way that excites you, because his energy is so contagious.

I dream up how our life is going to feel. I envision what our kids will look like running through the tall golden grass on our land. feet bare, hair wild. how we will design our home to feel like home. to empower us to build beautiful things that change our own, as well as other peoples, lives. I could write you a very lengthy story of a princess, who is also a great warrior, who finds the love of her life and together, they help others and create their happily ever after.

saying he completes me is an absolute and utter cliche. but cliches exist because they resonate.

we’re a team, him and I. we are loyal to each other, through thick and thin. we push each other to be better every single day. he wants to help me change the world, and I want to help him build a whole new one.